Top Posts
What Is The Blockchain?
If the Ethereum price does this, it’s out...
Ethereum’s Arbitrum to Be Used by Norwegian Government
Harmony Offers $1M Bounty After Discovering $100M Altcoin...
Cryptocurrency Bear Market: This Bitcoin Crash Is Different...
Ethereum: Buy The Dip Before The Merge (ETH-USD)
As Bitcoin Scales With Lightning Network, What Role...
How low can Ethereum price drop versus Bitcoin...
Which One Is the Winner?
Litecoin (LTC) Up 5.13% Saturday: What’s Next?
Home Ripple XRP Struggles as the Market Focus Returns to the SEC v Ripple Case – FX Empire
Ripple 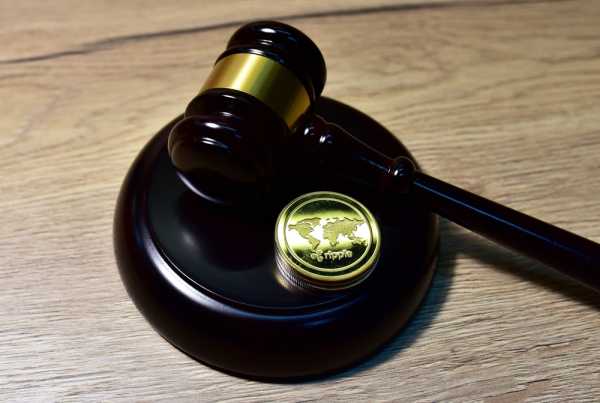 On Tuesday, XRP rose by 3.58%. Partially reversing a 5.68% loss from Monday, XRP ended the day at $0.4372. The upside came in spite of the SEC v Ripple case moving into a pivotal week for both sides.

In recent weeks, court motions and rulings in the SEC v Ripple case have provided XRP with little price support. XRP last tested resistance at $0.45 on May 15, with a day high of $0.449 before the latest pullback to sub-$0.42 levels.

While several motions have gone Ripple’s way, the SEC remains well placed and continues in its attempts to shield William Hinman’s 2018 speech-related documents and emails.

In a 2018 speech, Hinman said that Bitcoin (BTC) and Ethereum (ETH) are not securities.

A well-worded reply provided XRP price support last week but not by enough to suggest a Ripple victory in sight.

One concern for XRP investors is that the Ripple defense team has opposed at least six SEC motions filed in opposition to Ripple’s August 10, 2021, motion to compel.

Following the August 2021 motion, the court ruled in favor of Ripple on two occasions, and yet, the SEC continues to battle for Attorney-Client Privilege.

The current sequence of responses comes following a court ruling in favor of the SEC, allowing the SEC to file a brief in connection with the SEC’s attorney-client privilege claims regarding the Hinman speech documents.

Today, the SEC is due to respond to Ripple’s reply, after which the court will deliver a ruling. The ruling could prove to be pivotal to the case and XRP price action near-term.

XRP will need to move through the $0.4312 pivot to target the First Major Resistance Level at $0.4454. XRP would need broader crypto market support to break out from the morning high of $0.4418.

Barring another extended sell-off throughout the day, XRP should avoid sub-$0.40. The Second Major Support Level at $0.4086 should limit the downside.

A move through the 50-day EMA would support a return to $0.50. While sentiment from the broader crypto market will influence, this week’s SEC submission and any court ruling will be the key drivers.

Ripple case with SEC rests on a...