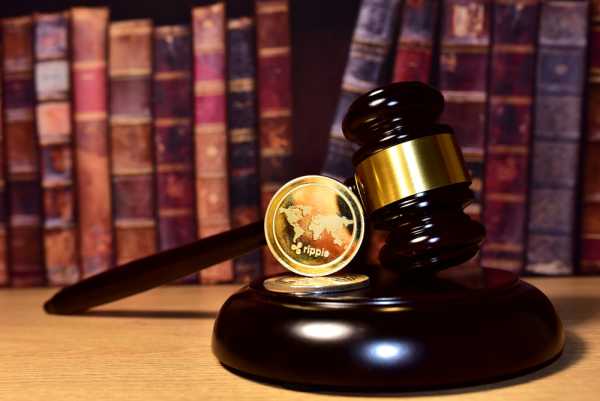 A broad-based crypto rally delivered XRP support as the markets looked to move on from the TerraUST (UST) de-pegging and the demise of Terra LUNA.

Market forces shifted in response to Tether (USDT) moving back toward parity against the dollar. On Thursday, USDT had fallen back to $0.95 levels, raising concerns of another stablecoin collapse.

Addressed to Judge Sarah Netburn, the Ripple defense team wrote that the SEC claims are wrong for the following reasons,

The submission goes on to provide details on the four areas of focus outlined above in addition to a William Hinman deposition about his 2018 speech.

By way of background, William Hinman, former SEC Director of the Division of Corporation Finance, is a central figure in the SEC v Ripple case.

Hinman said that Bitcoin (BTC) and Ethereum (ETH) are not securities in a 2018 speech. The SEC is looking to shield documents and emails relating to internal discussions and Hinman’s famous speech.

The SEC is due to respond to Ripple Defendants’ comments on Wednesday, May 18. For XRP, the SEC response and court ruling could prove to be a pivotal moment in the case.

XRP will need to move through the $0.4221 pivot to target the First Major Resistance Level at $0.4635. XRP would need broader crypto market support to return to $0.46 levels.

Failure to move through the pivot would bring the First Major Support Level at $0.3804 into play.

Barring another extended sell-off throughout the day, XRP should avoid sub-$0.38. The Second Major Support Level sits at $0.3387.

Ripple Will Leave The United States If The...

Why Ripple’s SEC lawsuit could have a...