XRP price maintains bullish price action post-breakout. However, more buyers and participation are necessary to push XRP away from the near-term resistance turned support. While momentum to the upside is strong, any weakness could trigger a bull trap.

XRP price triggered a hypothetical long entry previously identified on October 28th. The original long setup called for an entry at $1.18 based on the breakout from a triple-top. In the time since that entry was triggered, two more enormous bullish events have occurred. First, XRP traded and closed above the neckline of the inverse head-and-shoulders triangle. Second, a bullish catapult has developed and points to the $1.50 value area as the projected profit target from that pattern.

Some downside risk is present on the $0.02 Point and Figure chart. While the triple-top breakout is bullish, XRP price is currently halted at two boxes above the triple-top. If a new O-column forms and pushes down to $1.19, that would confirm a Bullish Fakeout pattern. That bearish pattern could trigger selling pressure all the way down to $1.00. However, that scenario is not likely given the broader bullish sentiment in the cryptocurrency market. 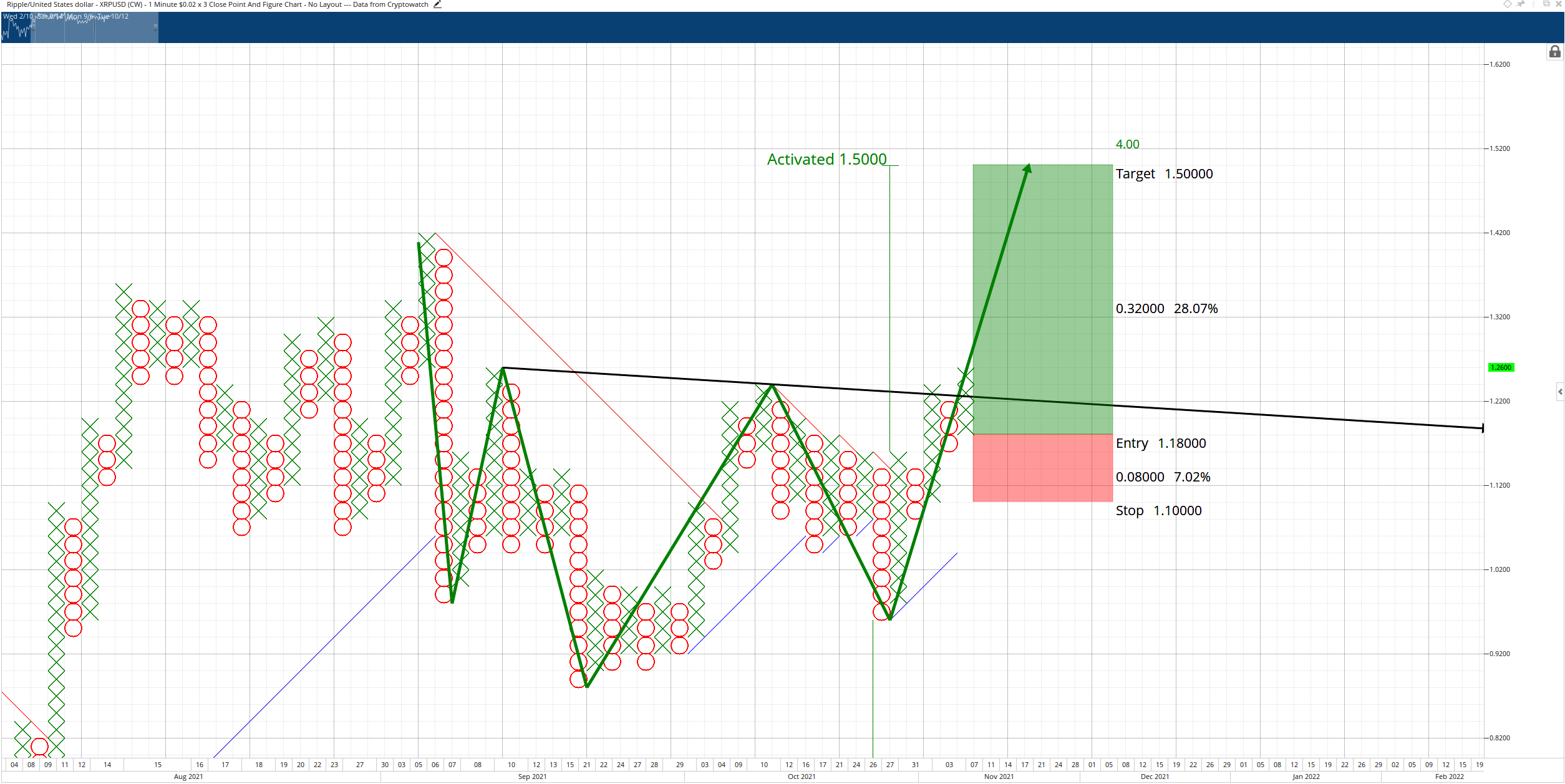 The bullish outlook will be nullified if XRP price faces intense bearish selling pressure to push XRP below the $1.00 value area.