Why Loopring’s Cryptocurrency Is Gaining Today

Loopring (CRYPTO:LRC) is making significant gains in today’s trading. The cryptocurrency was up roughly 2.6% over the previous 24-hour period as of 5:30 p.m. ET on Wednesday. Meanwhile, most major cryptocurrencies suffered sell-offs today, with market leaders Bitcoin and Ethereum down roughly 1.1% and 1.3%, respectively.

The organization published and reposted messages on Twitter today announcing that it was now possible to move the LRC token from centralized exchanges to Loopring’s Layer 2 platform and cryptocurrency wallets. One of the tweets announcing the update stated that the feature had been the organization’s most requested by far. 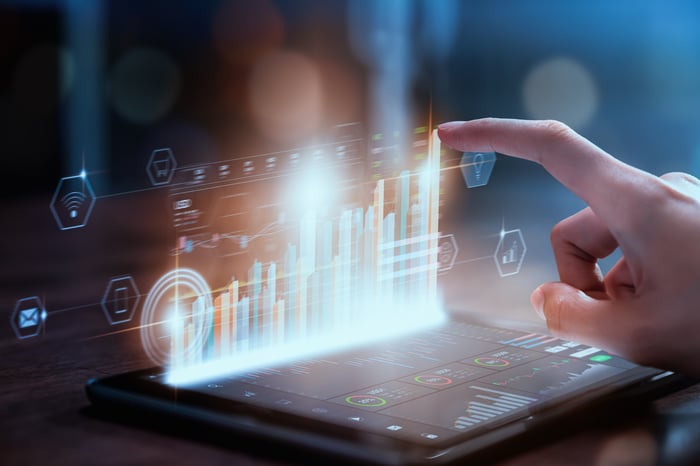 The announcement of Loopring’s new versatility is helping to push its cryptocurrency valuation higher despite selling pressures impacting the broader crypto market. With the change, it’s now possible to shift the token from an exchange such as Coinbase to a Loopring wallet. The feature comes courtesy of integration with LayerSwap, which allows cryptocurrencies to be moved from centralized exchanges to Layer 2 platforms on the Ethereum blockchain.

Loopring has seen volatile trading in recent months. Rumors that the organization could be purchased by GameStop powered explosive gains for the cryptocurrency in November, but subsequent indications that such a deal was unlikely to move forward prompted a dramatic pullback. Even after today’s gains, Loopring is still down roughly 27% over the last week of trading and roughly 68% from the lifetime high it hit at the peak of excitement about a potential merger with GameStop.

Loopring now has a market capitalization of roughly $1.58 billion, and it ranks as the 71st largest cryptocurrency by valuation. The lack of a deal with GameStop clearly disappointed many investors, but the cryptocurrency still has other avenues to growth. As today’s feature update shows, Loopring’s platform is still evolving, and it’s possible that its token price could increase substantially if the underlying crypto wallet and exchange services see increased adoption.

Bitcoin (BTC) Remains Listless – Where Has All the Volatility Gone?

The Future of Cryptocurrency Still Shines

Changpeng Zhao: tech chief in the eye of...

How To Tell Whether a Cryptocurrency Is Legitimate

7 Key Ways to Evaluate a Cryptocurrency Before...