On Tuesday, the price of the major cryptocurrency slid to the $7,200 area and at press time Bitcoin is trading at $7,274, as per data from CoinMarketCap.

Still, the market sentiment seems to have turned pessimistic and several analysts believe that BTC may plunge even further. However, they differ in the price to which Bitcoin may drop and regarding the time when it may happen.

A crypto analyst @KiaCrypto, or simply #Joker as his Twitter name goes, reckons that Bitcoin is forming a bearish pattern. This, he specifies, may eventually bring the price down to the $5,000 level – something forgotten since the start of 2019.

#BTCUSD is forming a bearish flag or a wedge.
According to this indicator, #BTC falls to $5k levels eventually. That means $crypto market will bleed 30% – 50% more .
Given the increasing number of $btc longs: #joker calls for caution!#bitcointrading $btc #xrpcommmunity pic.twitter.com/B1YSIikCif

The analyst @CryptoMichNL seems to be less epic with his bearish forecasts on Bitcoin. Even though the crypto market is calming down, he says, the Bitcoin price is hanging on the edge.

He predicts a possible decline towards the $6,900 – $7,000 level. Unless BTC can break upwards from the current price mark.

Market is calming down a bit, however, $BTC is hanging on the edge.

If we can’t make a slight break upwards with HL construction, then I’m interested in the blue area around $6,900-7,000. pic.twitter.com/djiETXloVa 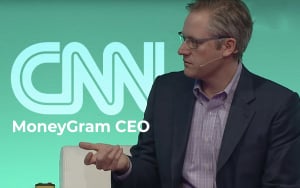 ‘I do expect some sort of drop shortly’, analyst says

One more crypto analyst and trader, known as @nebraskangooner on crypto Twitter, says he is inclined to see a bearish sentiment on the market at the moment and expects ‘some sort of drop’ soon.

This expert works with fractal analysis and he has posted an update on the fractal he has been following since September this year. He specifies he does not expect a steep drop of the BTC price.

Update on the fractal we’ve been following since September.

I can’t imagine price will drop as steep today. 2019 drops have tended to be a little less deep than the 2014 fractal drops.

However, I do expect some sort of drop shortly. pic.twitter.com/xakzSPYBMY

There is some good news too – for those who are patient enough to go bullish on Bitcoin longer than just a couple of weeks. One more expert claims that at some point next year or even earlier Bitcoin may hit the ATH of $100,000.

The forecast was made by Ross Ulbricht – the ‘entrepreneur’ who is doing a life-time sentence in prison for founding and running the Silk Road marketplace, favourite venue of drug dealers and other criminals.

Blockchain is becoming key for global trade – but is that a gift for hackers? – World Economic Forum