Ripple partners drive adoption to the South Asia and MENA, here’s what to expect from XRP price – FXStreet

Ripple, the cross-border payment settlement firm is focused on expansion to South Asia and Middle East and North Africa (MENA). XRP price outlook is bearish as the altcoin nosedived below its Exponential Moving Average.

Ripple, the global remittance firm, is focused on its expansion to South Asia and MENA, according to Navin Gupta, Ripple’s Managing Director for the region. As Ripple partners expand to this region, it is set to increase XRP utility and adoption in South Asia, Middle East and North Africa.

Gupta shed light on Pyypl, a Ripple partner that started implementing on-demand liquidity in the MENA region. Major banks like Saudi British Bank and Qatar National Bank are the partners in the region. All of these businesses are using Ripple’s crypto technologies to facilitate cross-border transactions, driving XRP adoption higher.

Large wallet investors on the XRP network increased their activity. Based on data from WhaleAlert, crypto whales moved 385 million tokens, approximately worth $131 million in multiple transactions in the past 24-hour period.

The single largest XRP transaction recorded was worth $95.4 million. A surge in whale activity has been associated with profit-taking by large wallet investors. 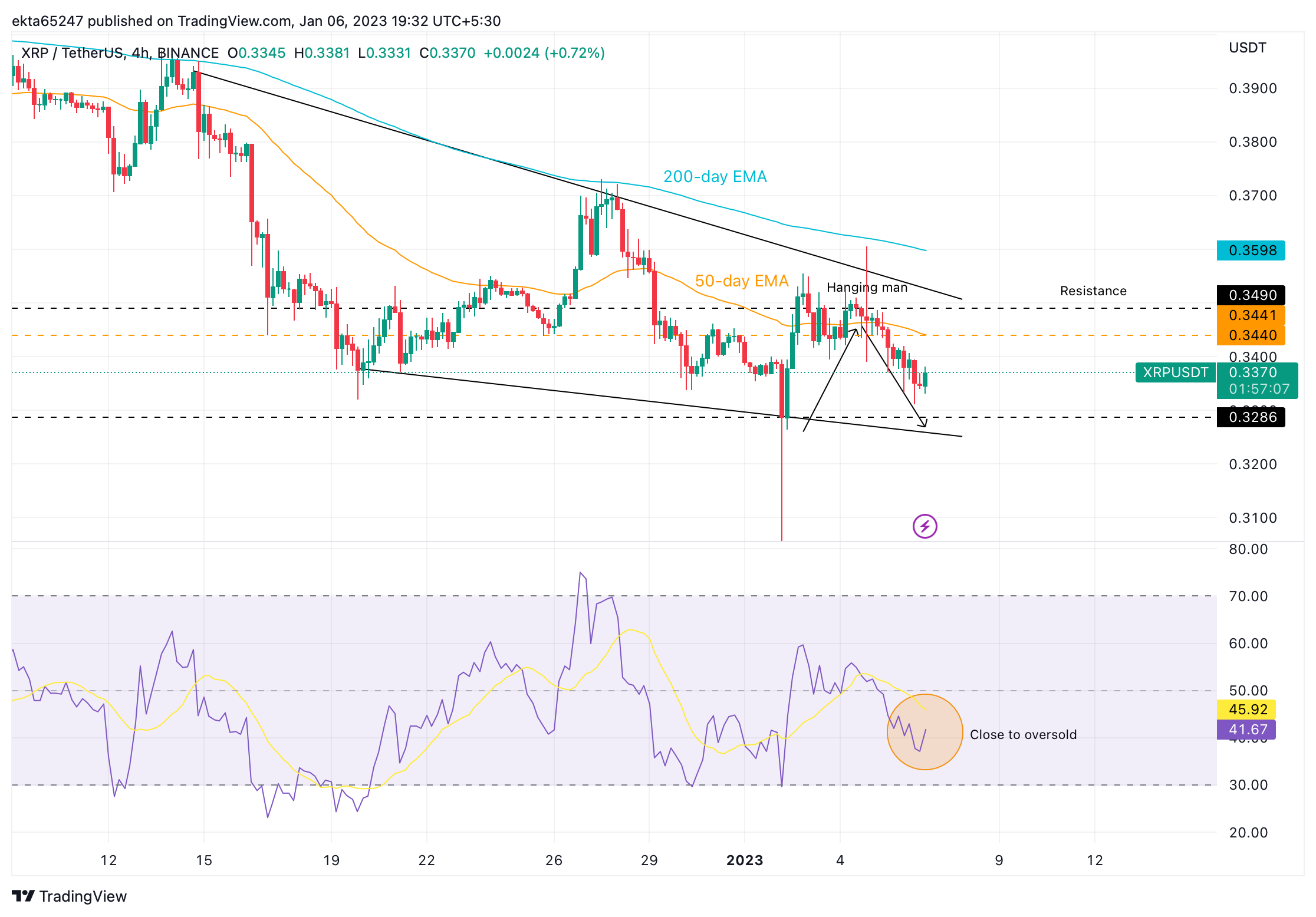 As seen in the chart above, XRP price is edging closer to the lower trendline of the descending channel. The hanging man, a bearish reversal candlestick pattern that occurs after a price advance is composed of price bars moving higher overall.

The asset is ready for a bearish trend reversal. The Relative Strength Index (RSI), a momentum indicator reads 41.67 and XRP is close to being oversold. A climb above resistance at $0.3490 could invalidate the bearish thesis for the altcoin.

$3.9 billion lost in the cryptocurrency market in 2022: Report

Montenegro's central bank teams up with Ripple on...