Crypto was a mover today, lower, with bitcoin dropping 700-odd US dollars at one stage. From trading around 8500 USD it got hit heavily down to under 7800 before staging a bounce to around 8000 USD. Its just under there as I update. There was no obvious catalyst for the move, but trading is thin in the coin so an effort to shift it one way or the other by a ‘strong hand’ can have such outsize effects. 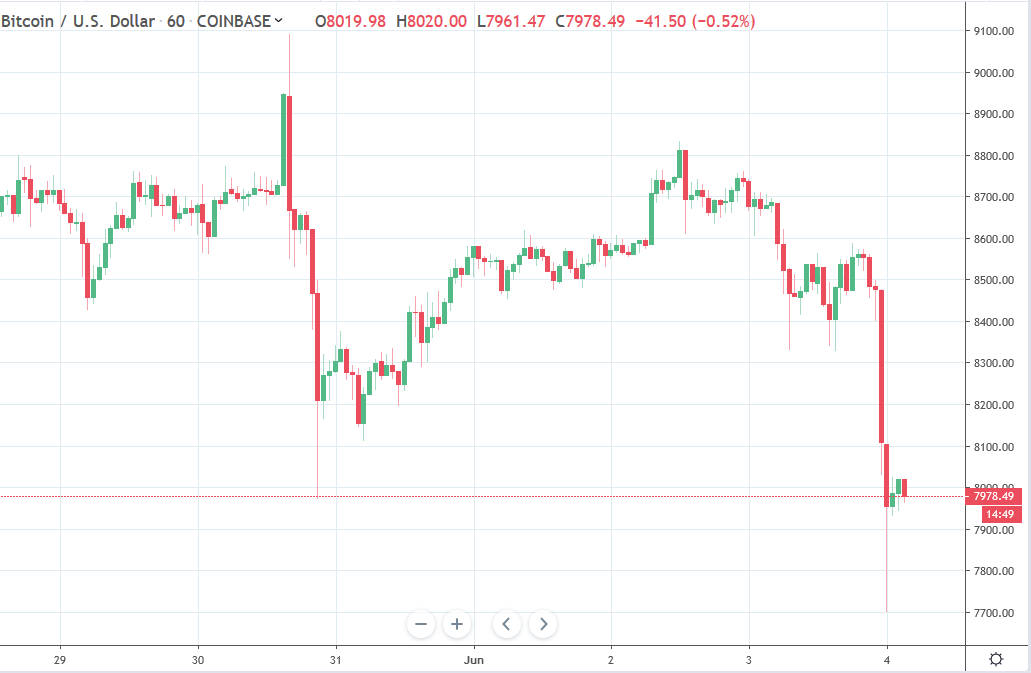 Forex moves were confined to small ranges. EUR/USD is net up just a few tics on the session, CAD and cable are little changed. USD/JPY is barely changed also but has managed a bit of movement over and under 108 for the session (in a small range).

AUD awaited the RBA announcement, coming soon at 0430GMT.  25 bp point cash rate cut is the near-unanimous expectation, market pricing is 100%. Eyes will be on the statement to see if Governor Lowe signals there are more cuts to come, but the RBA is not famous for boldly stating forward bias in statements accompanying rate moves. Lowe speaks later (0930GMT) so perhaps there will be more to come from him.

We had data from Australia today, info that’ll go into tomorrow’s GDP repor. Strong exports, capital goods imports on the weak side. Also, monthly retail sales. Its a cliche that retail sales reports in Australia are a disappointment and today’s result was another.

NZD dropped back from its overnight highs, reports China is develop a great domestic supply of infant formula weighed on the kiwi.

MXN was a gainer, benefitting from reports there may be Congressional challenge to Trump’s latest tariff imposition on the country.

The Startup Behind Ethereum’s Infamous DAO Has Been Acquired – CoinDesk