Facebook is leaving clues about a possible cryptocurrency launch – CNN

The BBC reported Friday that Facebook wants to start testing “GlobalCoin” by the end of this year. The Financial Times said the company had even held talks with the Winklevoss twins, founders of crypto exchange Gemini, who have sued Mark Zuckerberg for allegedly stealing their idea for a social network.
Facebook (FB) refused to comment on the reports, but told CNN Business it is exploring ways to make use of blockchain technology.
And there’s mounting evidence that it could soon break into the crypto scene.
It has invested in a blockchain company and hired more experts to develop payments on its WhatsApp messaging platform. It has also caught the attention of lawmakers.

Rumors about Zuckerberg’s crypto ambitions have been flying around for a while but they intensified earlier this month when the registration of a new blockchain company in Switzerland — Libra Networks — revealed that Facebook Global Holdings is a stakeholder.
According to the Swiss registry, the fin-tech company will work on payments, data analytics and investment activities, and will be developing related software and hardware.

Zuckerberg has repeatedly hinted at his desire to boost the network’s payment services.
Most recently at the F8 developer conference last month, he said sending money should be “as easy as sending a photo.” 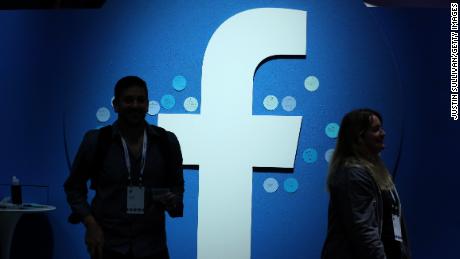 Facebook recently announced it would dramatically increase its headcount in London and Dublin, saying the newly hired talent would work on WhatsApp payments.
It also poached two blockchain experts from a major cryptocurrency exchange. Mikheil Moucharrafie and Jeff Cartwright from Coinbase said on their social media accounts that they were joining Facebook to work on compliance.
The company has also launched a shopping feature on Instagram, making it possible to purchase products and manage orders directly on the photo-sharing app.

The US Senate banking committee wrote a letter to Zuckerberg earlier this month, asking him to share details about how the rumored cryptocurrency would work, and how the company would protect its users’ data.
The privacy question could become crucial, given Facebook’s string of data scandals. Zuckerberg has outlined plans to make the service more secure, but experts remain skeptical.

There’s more to cryptocurrency than Bitcoin: 5 other...

Cryptocurrency Is Threatening the Role of Central Banks....

A Cryptocurrency, A Big Board Name, And A...

Bitcoin and Taxes: A Guide to the Tax...