The second biggest coin ETH has been in the lows recently without having even closely recovered to its all-time high of around $1,300 reached in early January 2018, however, analysts believe the price may spike after the coin takes certain price marks on charts.

However, here they have different views on which marks those are exactly.

Trader @IamCryptoWolf seems to work even at Christmas and has posted a chart, showing the direction, in which ETH must move to regain momentum.

He reckons that ETH needs to get over two price marks in order to regain speed that will take it upwards – the first one is close to $160. After that, the ETH price must break through $190.

Trader with a Twitter name @cryptodude999 is less optimistic about ETH price surging soon. He accuses some traders of not being quite honest with the community and being ‘overly optimistic’ in their forecasts.

From his point of view, the chart looks bad. He recommends to keep one’s hope to oneself until ETH crosses the $365 mark on the graph. After that level is taken, he says, ETH might start heading for $1,000 and higher.

Don’t get your hopes up until it reclaims $365 – if it does so then we can talk about 1k+ targets.

Until then this is a short every bounce setup. pic.twitter.com/VTQKZSgtjJ 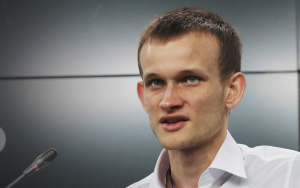 Previously, U.Today reported that a jaw-dropping amount of Ether had been sent to the major crypto trading platforms – Kraken, Binance and Huobi.

View Base later stated that those three massive ETH transactions were conducted by a crypto whale who had received the coins from Vitalik Buterin, the co-founder and the front man of Ethereum.

Chances are that the sender is going to dump them on the market, which may push the price down.

At press-time, Ether is changing hands at $126.18, posting a tiny growth, as per CoinMarketCap.

What are your expectations about the ETH price in the short term? Feel free to share with us in the comments thread!

Ten Years Of Fintech Megatrends For The Next Decade – Forbes

How Blockchain Can Address Food Waste And Hunger – Forbes

The Kraken Ethereum Flash Crash: How It Went...

Bitcoin and Ethereum slow down as transaction values...

The profitability of Ethereum cryptocurrency mining has halved...