In September, the SkyBridge Alternatives (SALT) Conference took place in New York, where many Wall Street fund managers met to discuss Bitcoin (CRYPTO:BTC), fintech, and alternative investments. Among the attendees was ARK Invest CEO Cathie Wood, and during her time onstage, she provided some illuminating insights.

Specifically, moderator Andrew Sorkin asked which cryptocurrency she would own if she could only choose one. Wood dodged the question a bit and decided to pick two, saying her firm would allocate 60% to Bitcoin and 40% to Ethereum. Of course, Wood has long been a Bitcoin bull, and given her success in the stock market, investors should take a closer look at both cryptocurrencies. But Bitcoin, in particular, stands out. 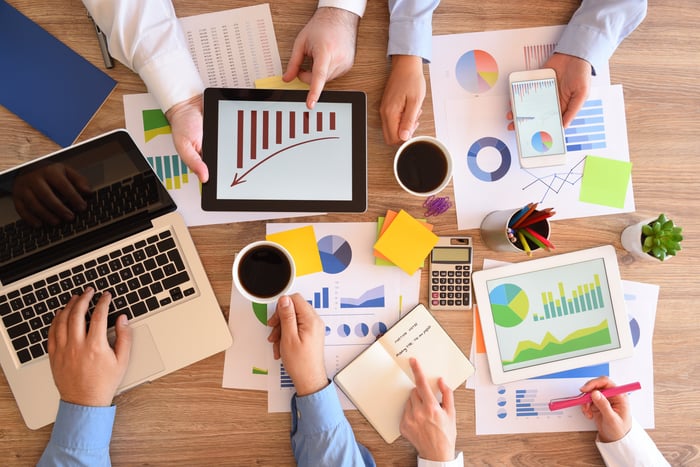 Bitcoin: The king of cryptocurrencies

Bitcoin made its debut 12 years ago, but the shockwaves are still rippling through the financial world. The project’s pseudonymous creator, Satoshi Nakamoto, published a white paper in 2009 that referred to Bitcoin as a “peer-to-peer electronic cash system,” highlighting its ability to power digital transactions without intermediaries like banks, card networks, or payment processors.

How does that work? Bitcoin is software built on blockchain technology, a decentralized database that currently runs across more than 15,000 computers (nodes) worldwide, recording transactions and tracking account balances. To secure that network, miners rely on a consensus mechanism known as proof of work (PoW), meaning they spend computing power to solve cryptographic puzzles and validate blocks of transactions. Those blocks are then added to the blockchain, and in return, miners are awarded transaction fees (paid by users) and block rewards (newly minted currency). In other words, the combination of blockchain and cryptography eliminate the need for financial institutions.

Moreover, Bitcoin’s source code stipulates that the block reward is cut in half every 210,000 blocks, effectively limiting the total supply to 21 million coins. Similar to gold, Bitcoin’s scarcity makes its valuable. In fact, Bitcoin is often styled as digital gold, and it’s worth more than any other cryptocurrency, with a collective market value of $1 trillion. Those qualities — scarcity and popularity — form the core of the investment thesis.

Reinforcing that idea, interest in digital assets has spread beyond retail traders, as institutional investors are increasingly curious about the space. In fact, approximately 1.46 million Bitcoin — 7.7% of the circulating supply, and 6.9% of the fully diluted supply — is held by institutions. That includes public companies like MicroStrategy, governments like El Salvador, and asset managers like Grayscale Investments, the creator of the Grayscale Bitcoin Trust.

Wood takes that trend further, forecasting that companies will continue to diversify into Bitcoin (and other cryptos), eventually allocating 5% of their total funds toward digital assets. Wood believes that trend will push the price of Bitcoin to $500,000 by 2026, implying 820% upside from today’s price of $54,300 per coin. That’s why this cryptocurrency looks like a smart long-term investment.

7 of the Best Altcoins to Buy

Why Loopring’s Cryptocurrency Is Gaining Today

Why is crypto down today? Cryptocurrency market price...

The future of money: Where blockchain and cryptocurrency...

Jared Kushner floated the idea of a federal...

Cryptocurrency as a Gift — What You...

Is the Cryptocurrency Bear Market Over?