Friday, June 7 —  after recent shaky sentiment, the crypto markets are today back firmly in the green, with bitcoin (BTC) breaking back above the $8,000 mark, as Coin360 data shows.

Having bullishly surged above the psychological price point of $9,000 in May, bitcoin has since seen significant corrections — briefly trading below $7.600 on June 6. To press time, the top coin is seeing solid green, breaking back above $8,000 to trade at $7,003 — up roughly 1.8% own on the day, according to CoinMarketCap data.

On the week, the cryptocurrency’s losses remain at 3.9%. 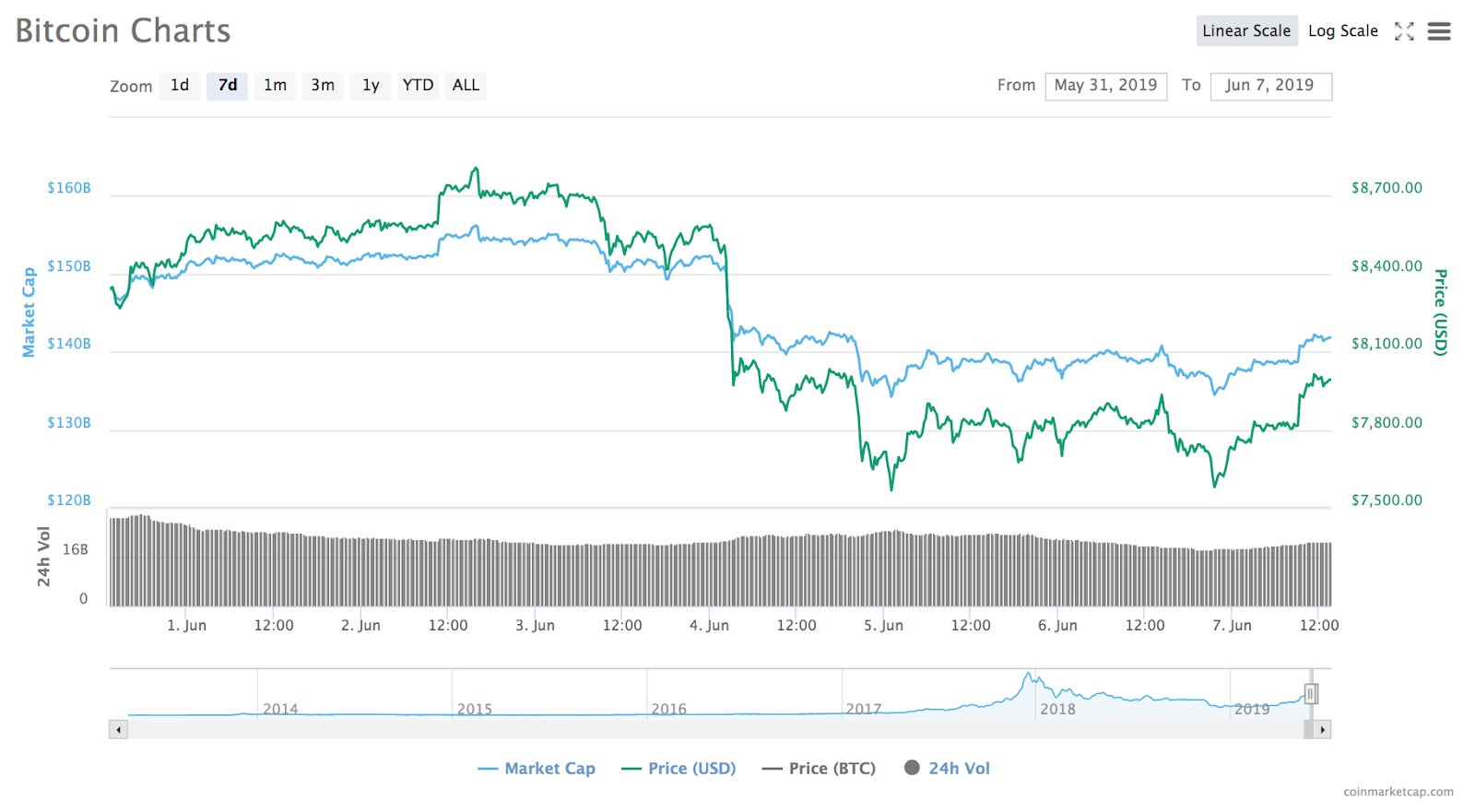 Largest altcoin by market cap ether (ETH) has seen a gain of 1.21% on the day to press time to trade around $250. Having traded above $270 on June 1, ether has corrected downwards and remained range-bound in the $240-50 range in recent days.

The altcoin is reporting a mild 2.66% loss on the week. 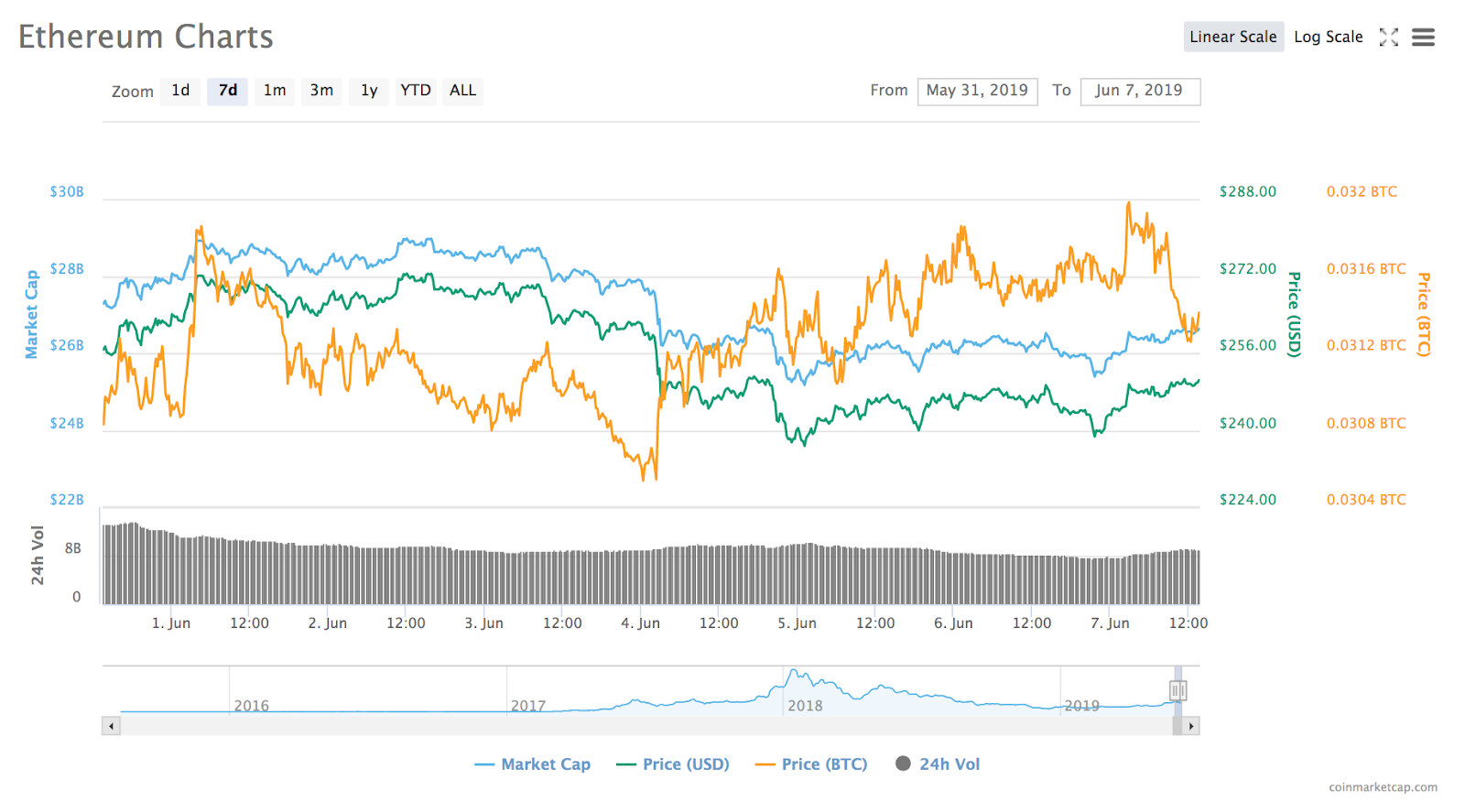 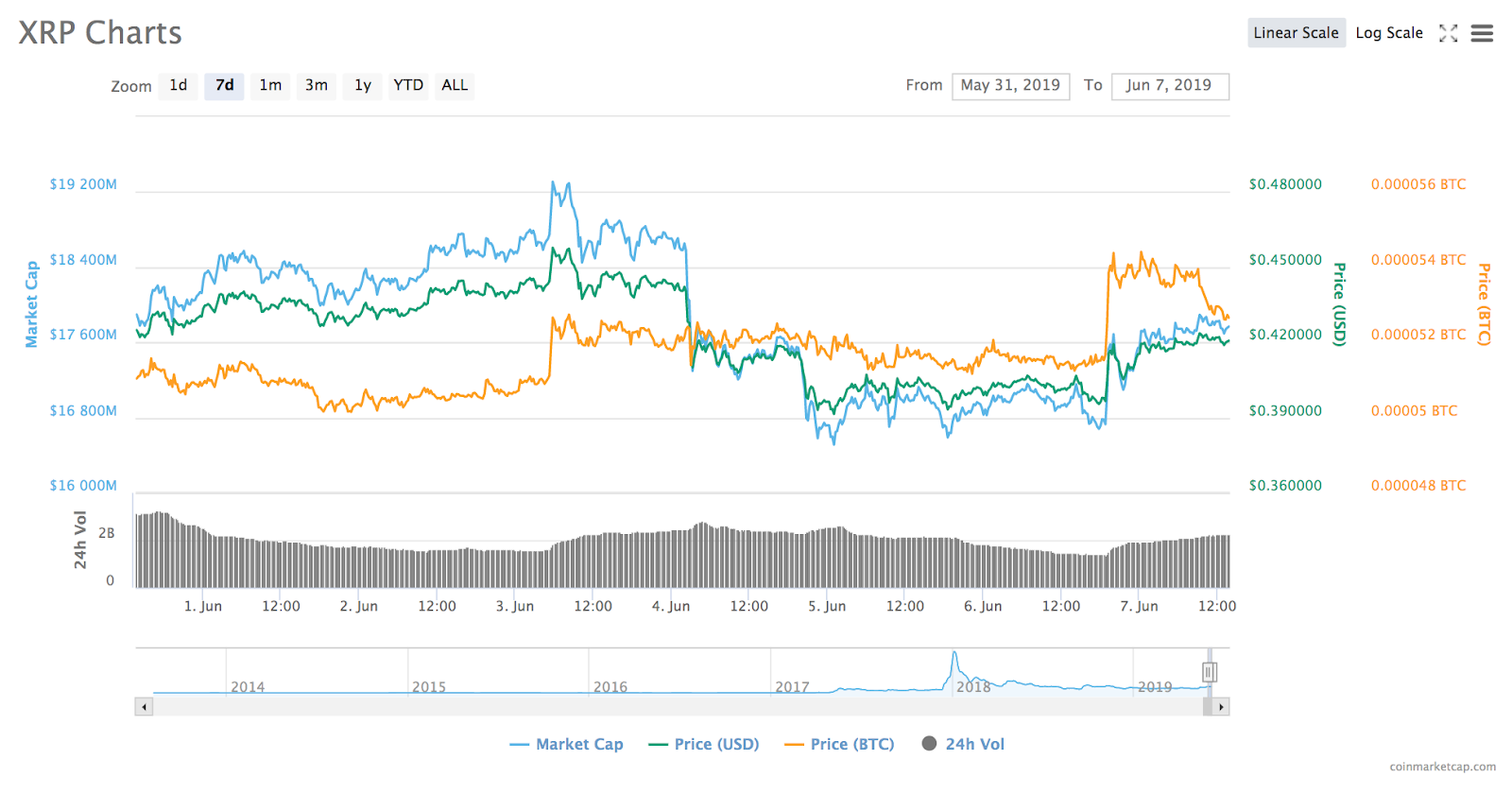 Among the top ten cryptocurrencies at press time, all are in the green except for eighth-largest coin bitcoin sv (BSV), which has reported a 1.26% loss on the day to trade around $198.

The highest 24-hour gain has been sealed by fifth largest crypto litecoin (LTC), which has surged 8.45% to trade at $113.50. Other top ten coins such as bitcoin cash (BCH), stellar (XLM) and eos (EOS) are seeing milder gains of between 1 and 3%.

Widening out to the top twenty, virtually all coins are green, with the exception of ethereum classic (ETC), which is down a slight 0.8% to trade at $7.94 by press time.

To press time, the total market capitalization of all cryptocurrencies is at around $255.78 billion — as compared with an intraweek high of $276.56 billion on June 2. Bitcoin dominance is at 55.5%.

In crypto market news, margin lenders on American cryptocurrency exchange Poloniex reportedly lost around $13.5 million due to a flash crash on May 26. A blog post from the exchange outlined that a severe price crash in the clams (CLAM) market had led to margin loans losses amounting to roughly 1,800 bitcoin — approximately $13.5 million at the time.

Meanwhile, further alleged details continue to surface in regard to Facebook’s much-anticipated crypto project, with fresh reports claiming that there are now 100 people known to be working on the project according to profiles on the professional networking platform LinkedIn.

In traditional markets, CNN Business has reported that Masanari Takada, a strategist at Japanese financial holding company Nomura, has warned that recent swings on Wall Street are becoming ominously similar to the market sentiment that preceded the 2008 Lehman crash and subsequent financial crisis.

Today’s early stock markets have nonetheless shown strong openings. As of 6:21 AM (EDT) the Stoxx Europe 600 Index increased 0.8% — its reported highest in over 2 weeks, Bloomberg reported. Futures on the S&P 500 Index also saw their reportedly largest increase in the same time period, rising 0.3%, while the United Kingdom’s FTSE 100 Index increased 0.7% — its largest hike in over three weeks.

Bitcoin Is The Apex Predator, But Ethereum Will...

Bitcoin Whale Transfers $2.2 Billion Worth of...

These iAngels Are Bringing New Heavyweights Into...