Successful completion of the Merge has paved the way for Ethereum’s 18% dominance. Interestingly, Ethereum, XRP and Cardano, among other altcoins, are showing signs of weakness in their price trends. Analysts believe it is the end of altcoin season and the beginning of Bitcoin’s dominance yet again.

Ethereum Merge is successfully behind us and the crypto community has turned its eyes to the Cardano Vasil hard fork. The hype surrounding the Ethereum Merge has died down, ETH price is on a steep decline. Analysts have set a bearish target of $1,250 for Ethereum’s price.

Traders should be aware of the bearish signals in Ethereum’s price trend. Though trader sentiment was bullish ahead of the Merge, the decline in ETH price has fueled a bearish sentiment among Ethereum holders. 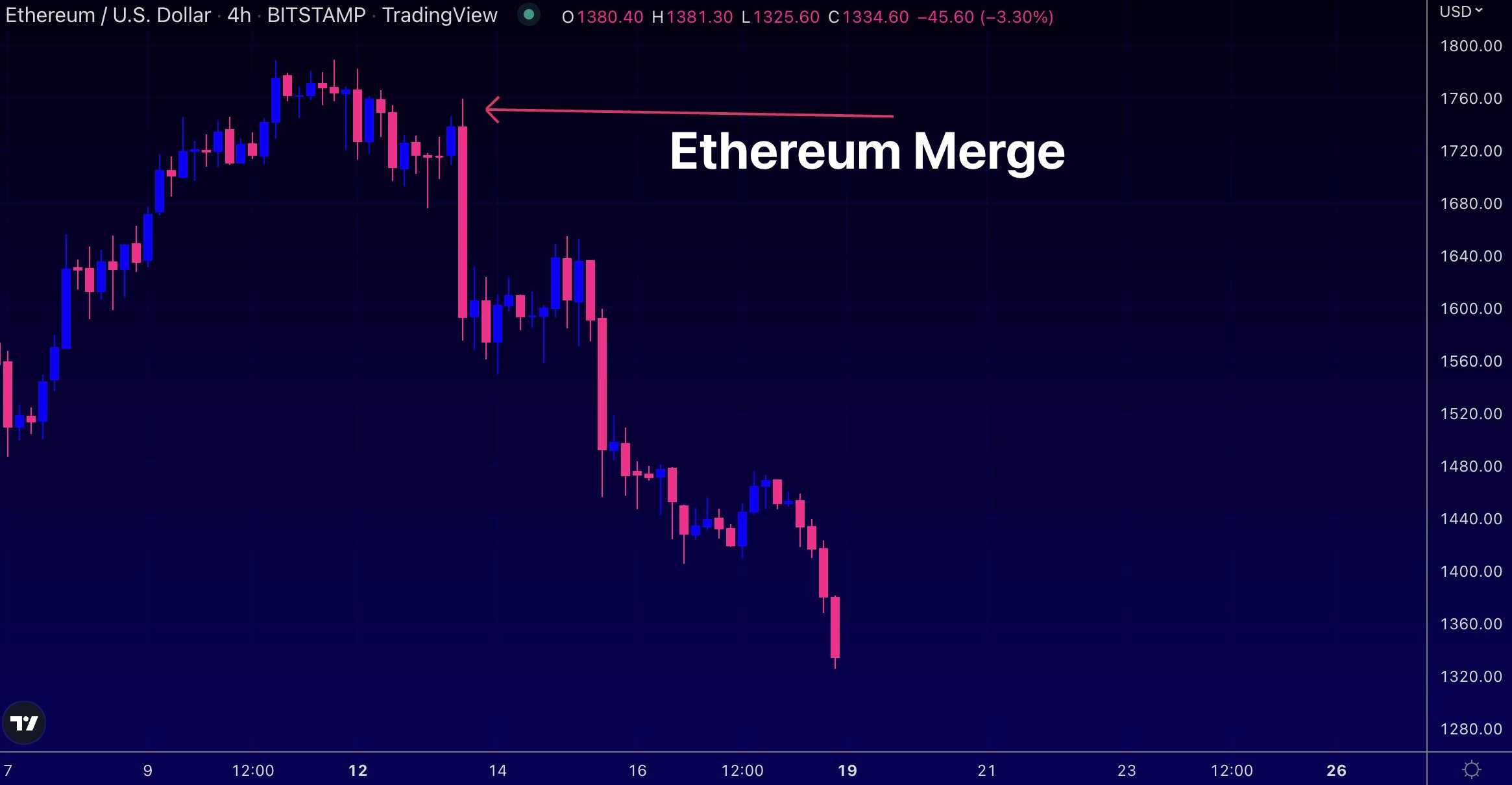 Analysts at the YouTube channel Bleeding Crypto identified Ethereum’s loss of support at $1,362 as a key bearish signal for the altcoin. Analysts have anticipated another drop down in Ethereum price, to support at the $1277.30 level.

Analysts at FXStreet are bearish on the Ethereum price trend. For key price levels, check the video below:

Altcoin season index is considered an indicator of altcoin price trend reversal and what to expect from cryptocurrencies into 50. The index currently reads 69, and this implies it is not Altcoin season. Analysts argue it is a bear market in the ongoing cycle and Bitcoin dominance is likely to overtake altcoins. When less than 25% altcoins have a 90-day ROI greater than Bitcoin, it is Bitcoin season. Therefore, analysts believe Bitcoin season is about to commence.

After month-long altseason, a period in which 75% of the altcoins have a greater 90-day ROI than Bitcoin, altcoins have witnessed a bloodbath. Altcoins in top 30, Ethereum, XRP and Cardano have witnessed double-digit losses overnight. While there is still a high number of altcoins with a 90-day ROI greater than 100% and Luna Classic is the best performer, liquidity has started flowing into Bitcoin.

IntoTheCryptoverse’s report on altcoins reveals a change in inflow of capital. The decline below the red region in the Altseason Index reveals more altcoins have started bleeding against Bitcoin again. Analysts have identified a weakness in the Ethereum, XRP and Cardano price trend.

Bitcoin is trapped in a downtrend, but a ‘trifecta of positives’ scream ‘deep value’

OP’s ‘Optimism’ may be amiss as the altcoin...

Mini Altcoin Season May Be Brewing With Chainlink...

This altcoin exploded 120%, will it continue to...

Analyst Says One Crypto Asset Could Surge in...

Crypto Analyst Warns Altcoins Could Crash by Up...

Are NFTs Art or Altcoin?