Top Posts
Thai Crypto Unicorn Plots Expansion in Bid to...
Ethereum in 2022: What Is Money in the...
XRP Price Prediction: Ripple under pressure, struggling to...
Bitcoin is so far proving to be an...
The leader of Facebook’s stalled cryptocurrency project is...
Market Wrap: Bitcoin Underperforms as Ether and Other...
Blockchain technology firm to move to Stamford from...
Legal Counsel for Blockchain Smart Contracts Announced for...
Three major overlooked factors why Ethereum price is...
First Monero and Ethereum Atomic Swap Completed on...
Home Coinbase 3 Reasons to Own Coinbase Stock
Coinbase

3 Reasons to Own Coinbase Stock

The market response to Coinbase’s (NASDAQ:COIN) third-quarter 2021 financial results was a little tepid. Coinbase was profitable, but revenue dropped from a quarter earlier, and the company’s trading volume dropped as well. As a result, the stock took an 8% haircut the next day.

As cryptocurrency prices rose during the third quarter and into the fourth quarter of 2021, management indicated that revenue increased. Still, investors had a lot to digest, with revenue seemingly on the decline. As a long-term investor, there’s a lot to like about Coinbase’s business but it takes a multi-year view of the company to see its true potential. 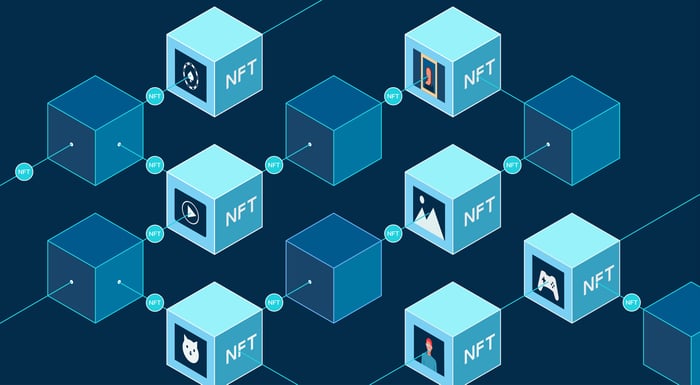 Coinbase is a cash flow machine.

Despite the third quarter being down from a year ago, Coinbase still generated over $300 million in free cash flow. That’s an incredible amount of money in what can otherwise be seen as a disappointing quarter. 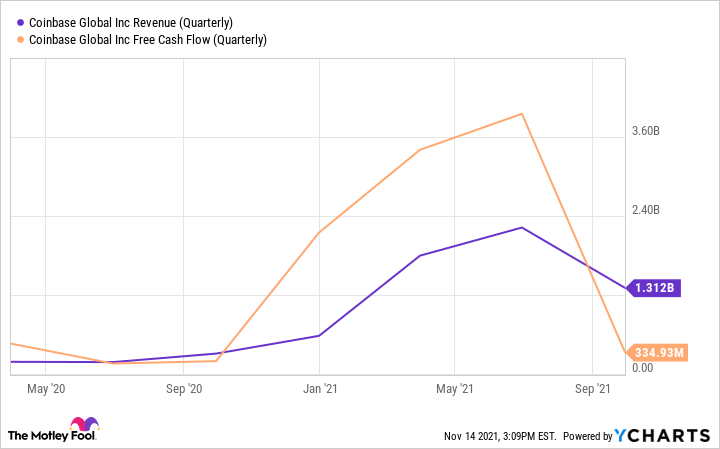 One unique aspect of Coinbase’s business is that it’s a cash flow machine as a relatively young company. Crypto is still in its infancy, and we should see transactions and revenue grow in the long term. Of course, one or two quarters won’t make a trend and investors should expect big volatility in Coinbase’s results, but the fact that it’s generating cash when most newly public companies aren’t projecting positive cash flow for years is an impressive feat.

The other thing to be bullish on is what Coinbase can do with that money. Management can invest cash generated into growth initiatives like NFTs and other start-ups, and I think it’s those investments that will make this a truly iconic company long-term.

NFTs could be really, really big

Coinbase has said it will launch an NFT marketplace, similar to OpenSea or Rarible, on the Ethereum (CRYPTO:ETH) network. According to management, 2.5 million people have signed up for updates via email, two times the 230,000 users who interacted on OpenSea over the past month.

Management thinks that NFTs could be a bigger business for Coinbase than crypto trading is today and given that $1.7 billion was transacted on OpenSea over the past month that could be true.

What Coinbase could do is make an even bigger marketplace for NFTs, enabling creators to build more use cases than speculative art, as they primarily are today.

As investors fret about the ups and downs of Coinbase’s quarterly revenue, don’t forget that this is one of the most prolific crypto/Web3/NFT investors in the world. Coinbase Ventures, the company’s venture arm, has over 200 company investments in its portfolio, including well-known companies like OpenSea, Uniswap, and Rarible.

We don’t know exactly what the value of these companies will ultimately be or how much Coinbase’s investments will be worth, but I think it’s clear that the company will likely have a stake in some of the biggest winners in cryptocurrency. And those investments alone could eventually be worth billions of dollars. Don’t sleep on Coinbase Ventures as a potentially huge value creator long-term.

Let’s face it, the world of cryptocurrencies and what’s being called “Web3” is complicated. The tools involved aren’t simple point-and-click systems. They’re clunky and sometimes involve writing code directly. Coinbase’s upside is in making these new ecosystems easy to use for creators and consumers.

As the number of cryptocurrency and NFT transactions grows, Coinbase has the potential to grow with the market. It’s already proven that it can attract a large user base of 68 million people and has some of the most user-friendly tools in the industry. Now, it needs to expand on that foundation. If it does, I think this could be a multi-bagger for patient investors.

A concerning trend? This cryptocurrency soars over 2,13,000% in last 24 hours