Facebook says its new cryptocurrency, Libra, is a tool for financial inclusion and disrupting the world’s cumbersome payment systems. In reality, there is a deeper motivation behind it, although not the one its critics imagine: Libra is the last, best hope to re-establish trust between Facebook and the world.

Facebook harnessed billions of users to the engine of artificial intelligence and steered unerringly toward advertising riches. Privacy, civic discourse and even democracy were crushed beneath the wheels as Facebook rolled toward global domination. Now it faces angry legislators around the world, huge fines, hostile investigations and punitive regulations aiming to rein it in.

For all the controversies, Facebook’s profits remain strong and its user numbers remain steady. Yet it has lost something that in the long run is even more important: the trust of its community. Trust is the great enabler of human connections and commerce. It represents the willingness to believe in the good will, abilities and principles of another, despite uncertainty. No amount of pressure or bribery can cause someone to trust you. Facebook is smart enough to recognize that without the bond of trust, all relationships are merely contingent and transactional. Lack of trust creates a heavy debt that eventually comes due.

So how does a company of Facebook’s scale and influence regain the trust of its users, regulators and partners? Apologizing, reaffirming commitments, paying homage to privacy and insisting that this time is different simply won’t cut it. There is nothing Facebook can say to rebuild the trust it lost. And there is little it can do. Adding more A.I. to monitor hate speech and more rules designed to protect privacy can’t change Facebook’s fundamentals. It is a profit-maximizing corporation with fiduciary duties to shareholders and a business model tied to advertising.

This is where cryptocurrency comes into the picture. Bitcoin, and the blockchain technology it popularized, is not just a new digital form of money. What makes cryptocurrencies revolutionary is that they create the foundation for a new form of trust.

A blockchain is a decentralized ledger, meaning that every participant in the network can be confident in the accuracy of transactions, without relying on an intermediary such as a bank or clearinghouse to verify them. Strong cryptography secures information about who is making those transactions at every step and offers powerful guarantees against tampering. If Facebook can establish Libra as a trusted way for users make their transactions, it will go a long way to rebuilding trust in Facebook itself.

Systems that use blockchain operate in various ways, with different degrees of decentralization and access controls, and not all of them involve money. Libra will be a “permissioned” network in which only approved partners can process transactions, but none of them, including Facebook, has the power to stop a transfer or alter the ledger. In this respect, Facebook is submitting to much greater limits on its power than those in any proposed regulations.

Numerous government officials have already called for hearings on whether Facebook’s scheme will expand its already vast data collection apparatus into financial payments. Other policymakers worry that Facebook, with nearly double the population of any country on Earth, will usurp power over legal tender and water down protections against money laundering.

How Libra, Facebook’s Cryptocurrency, Would Work for You 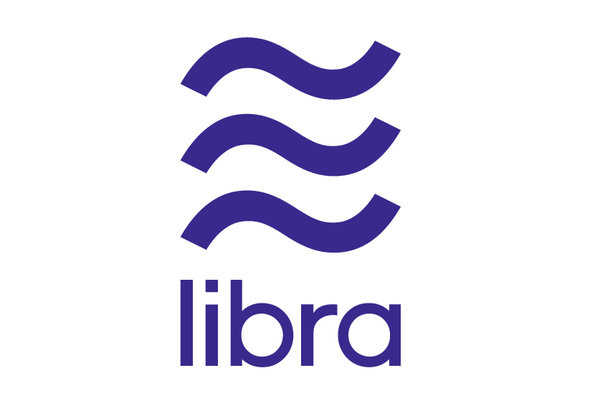 So far, the company is saying all the right things. It will cede governance of Libra to a consortium, currently Facebook and 27 financial service providers, investors and nonprofits. Facebook claims it will have only one seat at the table and no special privileges. It will create applications such as wallet software for WhatsApp and Facebook Messenger through a subsidiary that competes with unaffiliated developers. Facebook asserts the network will become more decentralized over time.

After so much misbehavior, no one paying attention would take Facebook at its word. But that’s the whole point of a blockchain system: No one has to. Limits on Facebook’s power over Libra will be designed into its open-source software and governed by a growing collection of partners who can call Facebook out. The locus of trust will be the blockchain system, not Facebook itself.

The surface rationales for Libra are less important than the long game Facebook is playing. The benefits from re-establishing the trust it has lost would dwarf what it could squeeze out of mining the data.

Facebook built an empire balancing the appeal of limitless social connectedness with the extractive potential of data mining. That arrangement tipped dramatically away from users. The only way Facebook can restore equilibrium is through a completely new arrangement.

Facebook today talks a good game about privacy and combating abuse of its platform, but those words have time and again proven hollow. The novel trust architecture of cryptocurrency and blockchain could change that.

Kevin Werbach (@kwerb) is a professor at the University of Pennsylvania’s Wharton School and the author of “The Blockchain and the New Architecture of Trust.”

The Times is committed to publishing a diversity of letters to the editor. We’d like to hear what you think about this or any of our articles. Here are some tips. And here’s our email: letters@nytimes.com.

Beyond Bitcoin: Push For Everyday Cryptocurrency

Bitcoin whales: the key facts and figures you...

Janet Yellen Will Consider Limiting the Use of...

Everything You Need To Know About Cryptocurrency’s...