The latest unscrupulous villain to plead guilty to cryptocurrency fraud is a man from Southern California. Steve Chen lured investors out of $150mn through a fake cryptocurrency called GemCoins, supposedly backed by precious gems and amber from his companies’ mines.

The coins were allegedly backed by stones from mines his company owned in several different countries including the U.S., Mexico, the Dominican Republic, and Argentina.

The web of deceit was intricate enough to entice almost $150mn out of 70,000 investors worldwide, according to local Los Angeles NBC.

Alas, GemCoins were, in fact, backed by nothing more than rhetoric and skilled marketing. Also, a half-finished sparkly website that claims:

GemCoins are tokens, based on the Ethereum blockchain technology. It is the core asset of the new GemCoin Marketplace. Users possessing GemCoins can exchange them for buying digital goods on the marketplace.

It also contains a wickedly convincing team page and roadmap with a lot of Lorum Ipsum.

Mr. Chen’s promises to investors were as worthless as his non-existent mines and phony digital currency.

Charged with duping investors through his faux cryptocurrency scheme, on Wednesday, Chen agreed to plead guilty to federal charges. These include one count of tax evasion and a further count of conspiracy to commit wire fraud according to the U.S. Attorney’s office.

Chen is slated to appear in court next month. Due to the severity of the fraud, he could face up to 10 years in federal prison. Hanna added:

This case should remind all investors that trappings of success may convey legitimacy, but everyone should exercise extreme care when considering giving hard-earned money to any outfit promoting trendy products and extravagant profits.

Rather than put investors’ money to work for them, Chen used the millions of dollars to fuel his gambling habit, pay his debts off, and finance his lavish lifestyle.

New investors were lured into the scheme Ponzi-style by being offered bonuses including luxury cars, cash, homes in L.A., and even EB-5 visas for immigrant investors, according to Bloomberg.

A further company executive, Leonard Stacy Johnson, pleaded guilty last year to tax evasion as well as making a false statement on an immigration document. He is due to be sentenced in June.

One can’t blame the mainstream media for lacking a deep understanding of the cryptocurrency industry. However, choosing an image of Bitcoin to headline the story is ignorant at worst, irresponsible at best. 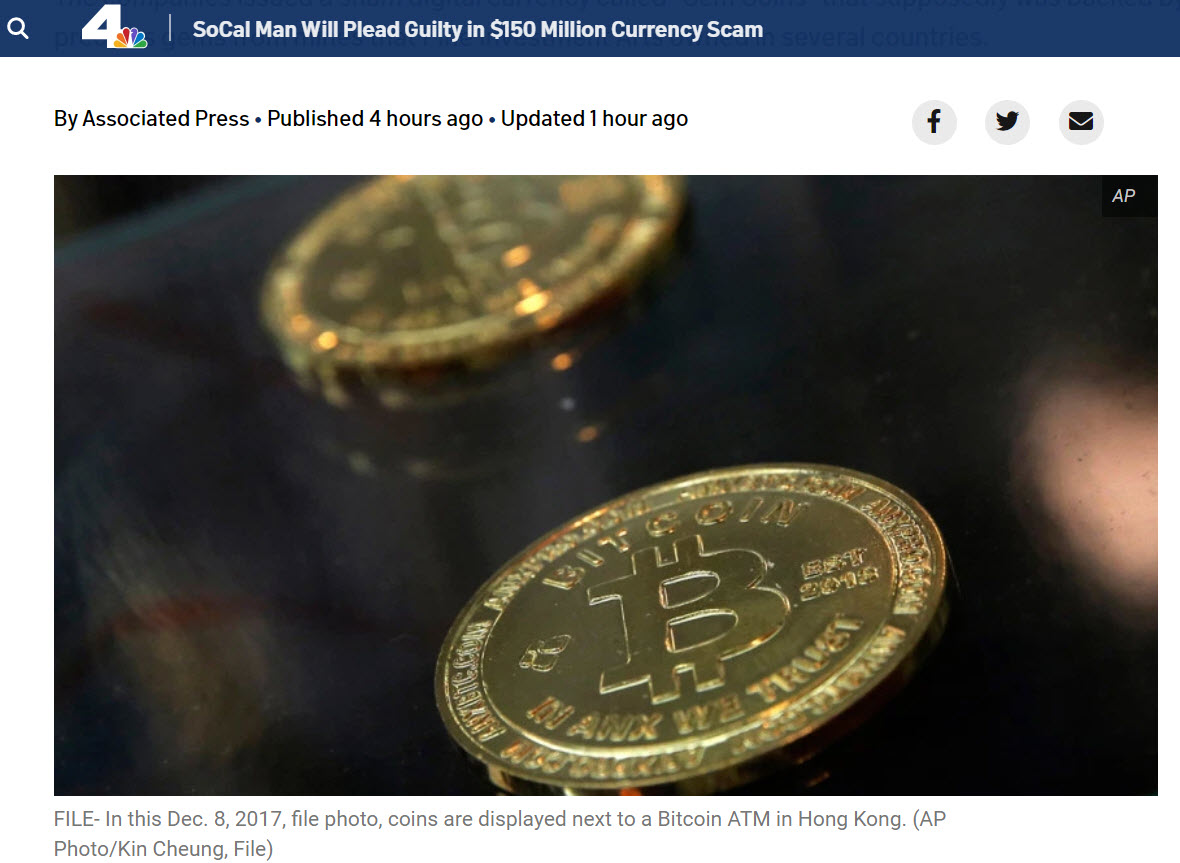 For a general public still struggling to shake off negative connotations with bitcoin, news outlets like these only serve fuel the myth that bitcoin is a tool for scammers and criminals.

The GemCoins scam (like most others) had absolutely nothing to do with bitcoin. Had investors placed their dollars into the number-one cryptocurrency instead of thin air, they would have actually made sparkling gains.

Would you have fallen for the Gemcoins scam? Let us know in the comments below!

The biggest cryptocurrency scams and arrests of...