The USD lost further ground here in Asia again today, most notably against those three in the headline.

We did get some data (Japan CPI the most notable, core measures falling from the previous month) but these were not the focus. What was in focus were rising tensions between the US and Iran.

Rumours began early (they remain unconfirmed) that there had been an explosion at an Iranian nuclear power plant. Following later was a directive from the US Federal Aviation Administration prohibiting US operators from flying in an overwater area of Tehran-controlled airspace over the Strait of Hormuz and Gulf of Oman.

This was followed by a media report (New York Times) that US President Trump had approved military strikes against Iran but cancelled them prior to missiles being fired.

More on all of these in the bullets above.

Rising tensions have continued to support flows in yen, with USD/JPY dropping towards 107 on the session. The USD lost ground against most other currencies. EUR, AUD, NZD, CAD, GBP all are slightly higher here on the session.

The more notable moves though were in gold and BTC. Gold cracked above 1400USD. It broke to fresh five year high yesterday in the wake of the FOMC and went higher again here in Asia today. Highs registered above 14212.

A positive mover has also bee bitcoin (and other cryptos). BTCUSD moved to 9800USD today before dropping back toward 9700. 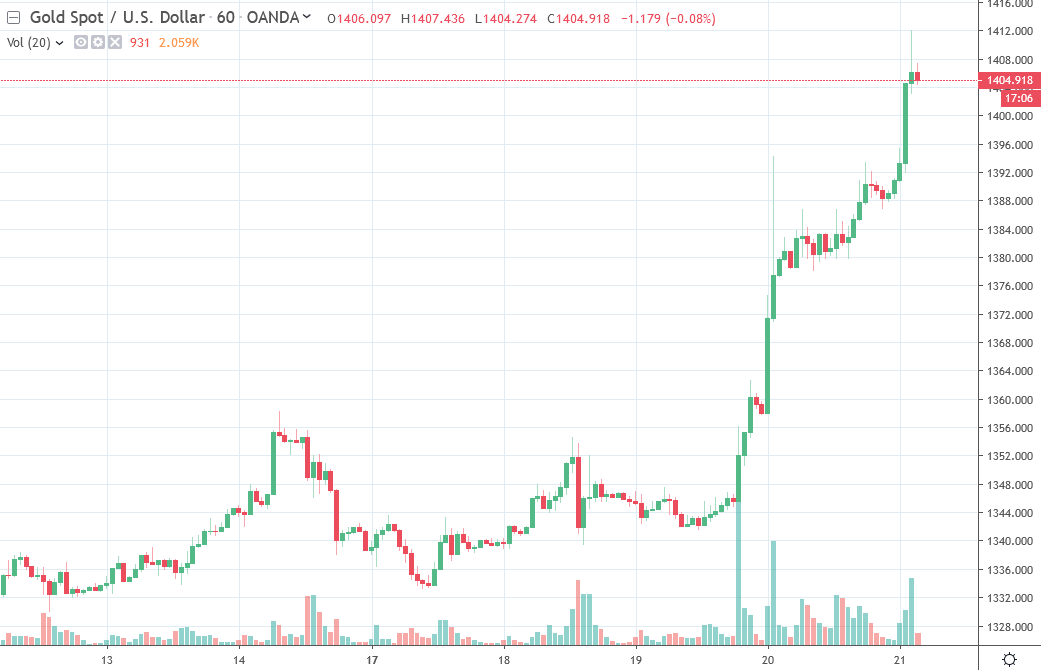 FinanceFeeds | Who is trading Bitcoin?

USD strength in Asia persists, and Bitcoin is...

Why Bitcoin, Altcoins are back this summer