Bitcoin (trading symbol: BTC) is the most popular cryptocurrency of them all, meant to serve in place of dollars, euros or other traditional currencies for everyday transactions.

BTC has had a wild ride all summer, surging unexpectedly to as high as $13,016 on June 26 on volume that exceeded $45 billion. The dramatic events left many wondering who or what had caused the price swings, and theories began to mount.

To evaluate these movements, Flipside dug deep into bitcoin in relation to price changes around two primary items:

Basically, if No. 1 above occurs with minimal change in No. 2, then price movements can generally be attributed to activity from “whales” or large exchange addresses. In the case that No. 2 spikes as well, then this could indicate a broader, more organic influx of asset speculation or utilization.

Let’s take a look at what happened. As evidenced in the plot below, we can see a dramatic rise in active supply on June 18. This satisfies Criterion No. 1 above:

In regard to Criterion No. 2, based on the two months of historical activity displayed in the visual, we found around 5,000 more active accounts per day than expected since June 18. However, this is actually a rather small proportionate amount when considering that a total of 1,563,749 accounts had been active as of June’s last week.

Thus, we can see that Criterion No. 2 is not satisfied, as the proportional increase in active supply far exceeds the increase in active account addresses. This leads to the conclusion that the movements in price were precipitated by “whales” — either active entities moving large amounts of bitcoin or passive investors with deep wallets moving back into the market.

It’s likely not a coincidence that the large shift occurred on the same day that Facebook (FB – Get Report) released its Libra white paper.

Here’s our overall rating for bitcoin: 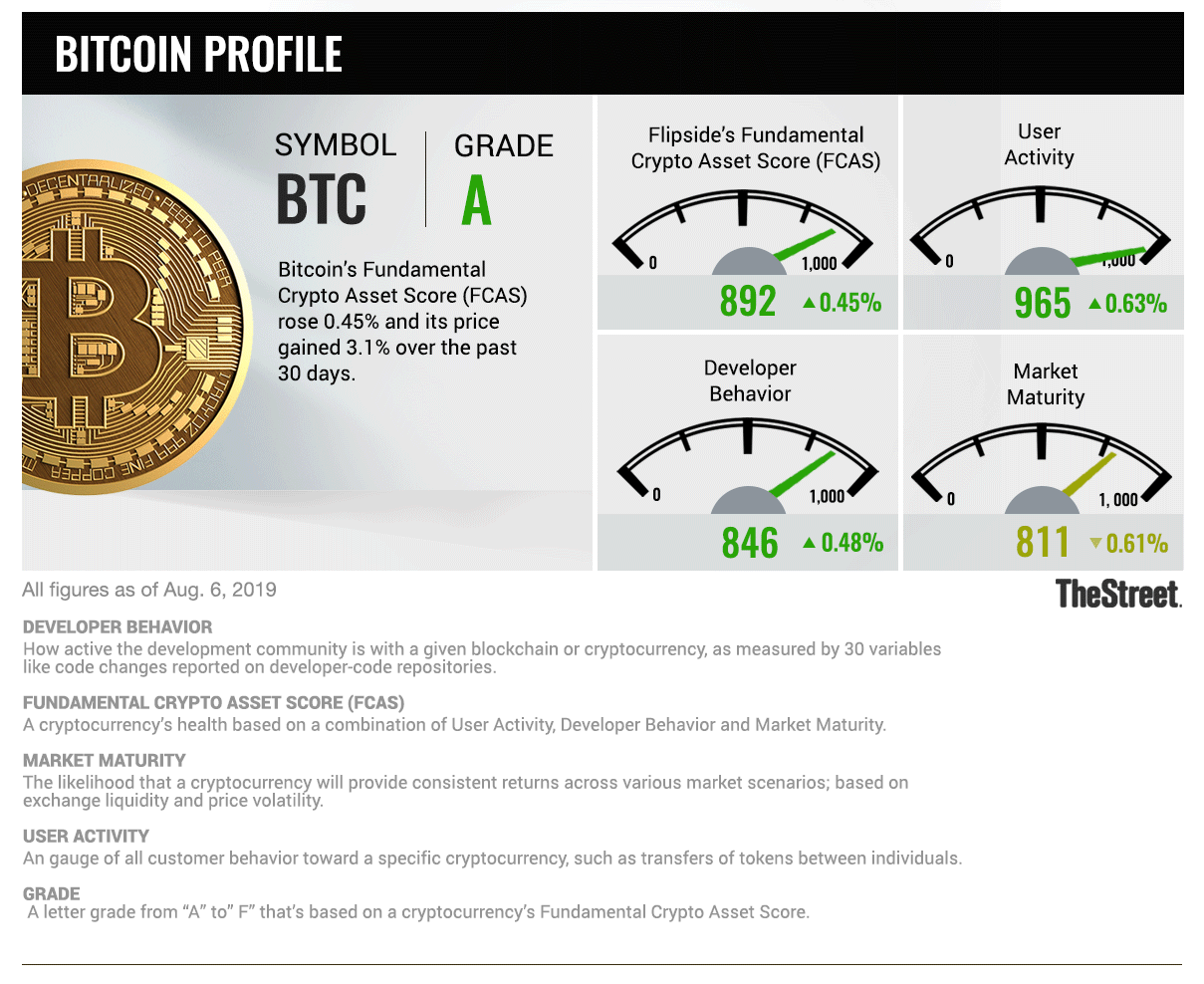 The FCAS Tracker provides institutional and sophisticated retail investors a top-down approach to tracking 500+ cryptocurrencies fundamentals. FCAS Tracker is currently free to a select group of new users as we continue to develop the product. Visit us here to gain access to Flipside Analytics.

There’s more to cryptocurrency than Bitcoin: 5 other...

Cryptocurrency Is Threatening the Role of Central Banks....

A Cryptocurrency, A Big Board Name, And A...

Bitcoin and Taxes: A Guide to the Tax...