Bitcoin failed to gather any real momentum from Thursday’s bullish close after breaking through the 9K level once again two sessions ago. The Relative Strength Index indicator has now moved back above the 50 mid-point but looking at the MACD there are some mixed signs. The MACD histogram is still in the red but the signal lines are above the zero level at least. Overall the trend is still firmly higher but the bulls just ran out of steam at the end of the week.

The key feature on the chart is the blue resistance line from a previous trend. The trendline has been tested four times as support and now it has become a resistance zone for the current push higher. If the market does end up breaking the level then the bulls will need to break 9600 to target the 10K resistance point once again. On the downside the major support level is at the previous wave low of 8105.58. At the moment this is still an uptrend until the aforementioned support is broken. 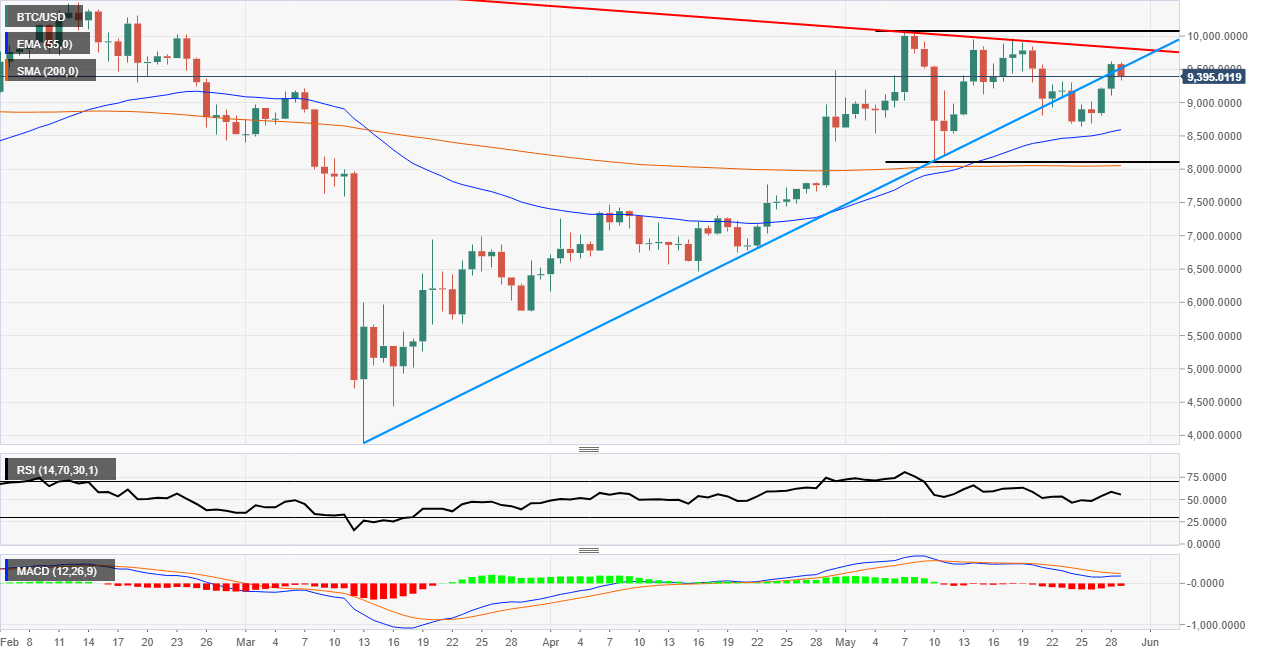 A Review of OverBit – A Seychelles-based Crypto...

How to Trade Bitcoin with Forex Brokers in...

How to Trade Both Crypto and Forex At...

How to Apply Forex Scalping Strategies to Crypto...

Trump Tried to Clamp Down on Bitcoin…Says John...

Should We Brace for a Rally or...