Altcoins are shooting up in value in the past couple of weeks as Bitcoin dominance has slipped 5 percent. During the past 90 days, almost all major altcoins are marking notable double and even triple-digit percentage increases hinting at a possible ‘altseason.’

Altcoin season is a period in the market cycle, where other cryptocurrencies outperform BTC even as bitcoin is increasing in price.

During this period, BTC dominance, which is measuring Bitcoin’s relative share in the entire cryptocurrency market, is traditionally lower. In the meantime, altcoins are gaining strength and further momentum.

At the time of this writing, BTC dominance stands at around 55 percent. This marks a decline of about 5 percent in the last two weeks.

It’s also worth noting that this comes at a period during which Bitcoin’s price has actually increased. Since May 14th, BTC is up almost 10 percent. Yet, despite the increase, its overall share in the total market has declined.

At the same time, as Bitcoinist previously reported, the market dominance index does not always paint an accurate picture of the market. Other indices, for example, put BTC well over 80 percent.

Is ‘AltSeason’ Upon Us?

Nevertheless, the fact that BTC market cap is slipping is a sign that altcoins are starting to catch up. Moreover, during the past 90 days, it also appears that the value of many major altcoins against the USD has also increased significantly.

Therefore, traders are now asking whether so-called altseason is upon us. 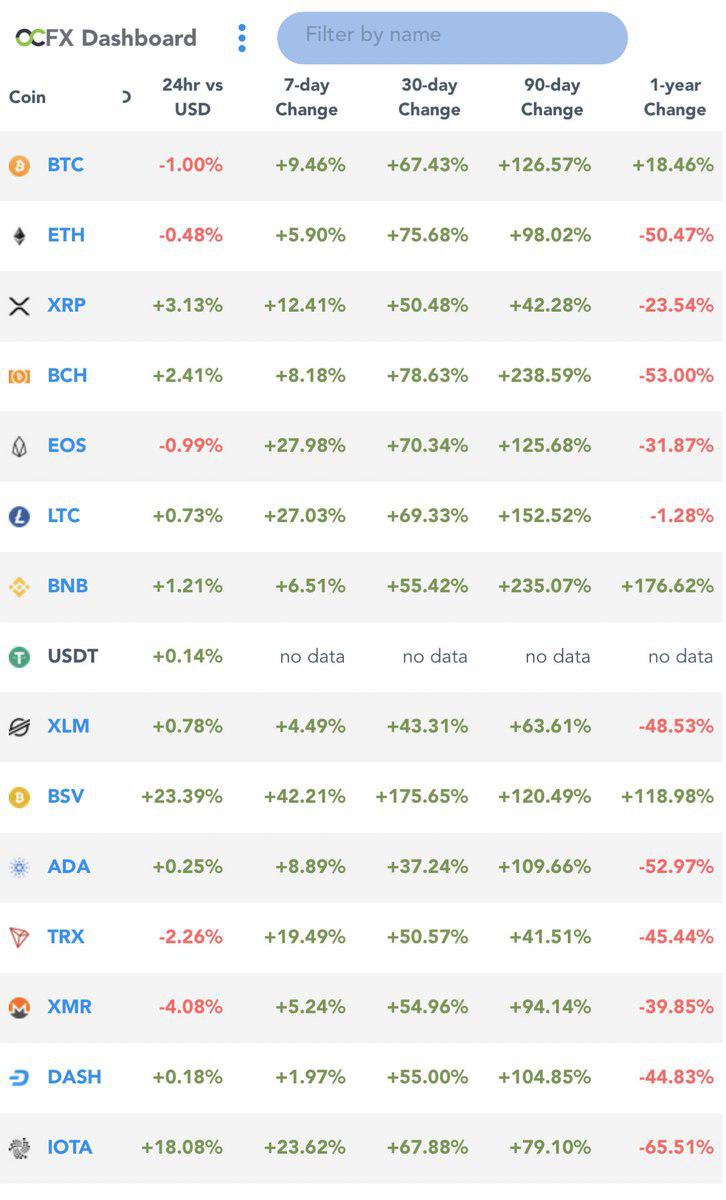 As seen on the above graph, some of the major gainers in the last three months include Bitcoin Cash (BCH), Binance Coin (BNB), EOS, Litecoin (LTC), DASH, and others.

The relatively short-term strength of altcoins, as well as the fading BTC dominance, could signal that an altcoin season is, indeed, taking shape.

Looking at the bigger picture, however, reveals a completely different story. During the last 12 months, most of the altcoins mark substantial losses in the range between 35 and 70 percent. Bitcoin, on the other hand, has posted impressive gains since its yearly lows of around $3,200 at the start of the year.

Moreover, altcoins tend to follow BTC’s performance and if Bitcoin sneezes – every altcoin catches a cold.

While altcoins might be a good opportunity for some quick gains, the truth is that timing the market remains particularly challenging.

That’s perhaps best exemplified by Twitter user Marc de Koning (@Koning_Marc), who recently shared his experience of investing 1 BTC in 50 different altcoins each back in mid/late 2017.

“Out of 50 coins that each had 1 BTC put in, the overall current value is between 0.02 and 0.3 BTC per bag. Many coins delisted except for dexes which no one uses.”

I just analyzed my hodl portfolio that I’ve had since mid/late 2017.
Here’s what I found:
Out of 50 coins that each had 1 btc put in, the overall current value is between 0.02 and 0.3 btc per bag.
-Many coins delisted except for dexes which noone uses
1/3

The user didn’t share in which altcoins he had invested in per se, but the fact that out of 50 coins he had marked losses in the range of 70 to 99 percent speaks for itself.

Bitcoin, on the other hand, remains the best performing cryptocurrency. As Bitcoinist recently reported, it’s up 700 percent since January 1st, 2017. Furthermore, BTC is outperforming the stock market this year by an eye-popping 1000 percent.

What do you think of altcoins? Do you hold any? Don’t hesitate to let us know in the comments below!