A week like this has to make Bitcoin traders wish they had a weekend to catch their breaths. 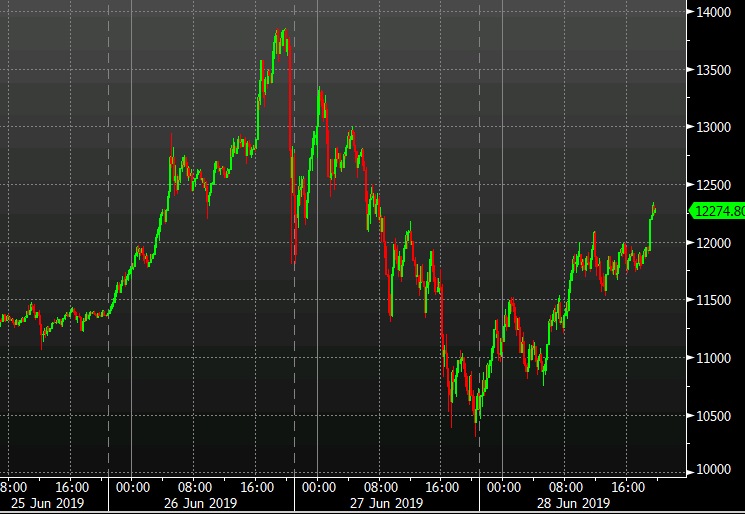 June CME Bitcoin futures expired earlier today but the volume had already moved over to the July contract so I don’t see the roll as a real factor.

Craig Wright is in court today trying to prove that he’s Satoshi but lost his early-Bitcoin addresses. In theory you could argue that’s bullish but no one believes he’s Satoshi and everyone already assumed those accounts were lost.

The Advantages Of Litecoin Over Bitcoin – Demotix.com

‘At some point everybody will use China’s...

BTC/USD Price – Possible Reversal on the...