Since the Bitcoin price fell into decline on Sunday, breaking below the $10,000 level, it has now reached the $9,639 zone, as per data from CoinMarketCap.

Altcoins have started losing value against the major cryptocurrency, with some of the top ten coins crashing by more than 10 percent earlier today.

In today’s video, crypto trader and analyst known as ‘The Moon’ shares his take on whether this is the end of the alt season. The trader looks into the issue and offers his take on it.

In his video, ‘The Moon’ trader looks at a chart, in which you can see the recent pullback of the BTC dominance. Along with this, altcoins were growing. However, now, BTC dominance has found support and is bouncing back up.

At the same time, altcoins have started to decline, the trader points out.

As an example, the trader shared an Ethereum chart, saying that the second-largest currency began to decline, once the BTC dominance went on an upward retracement. 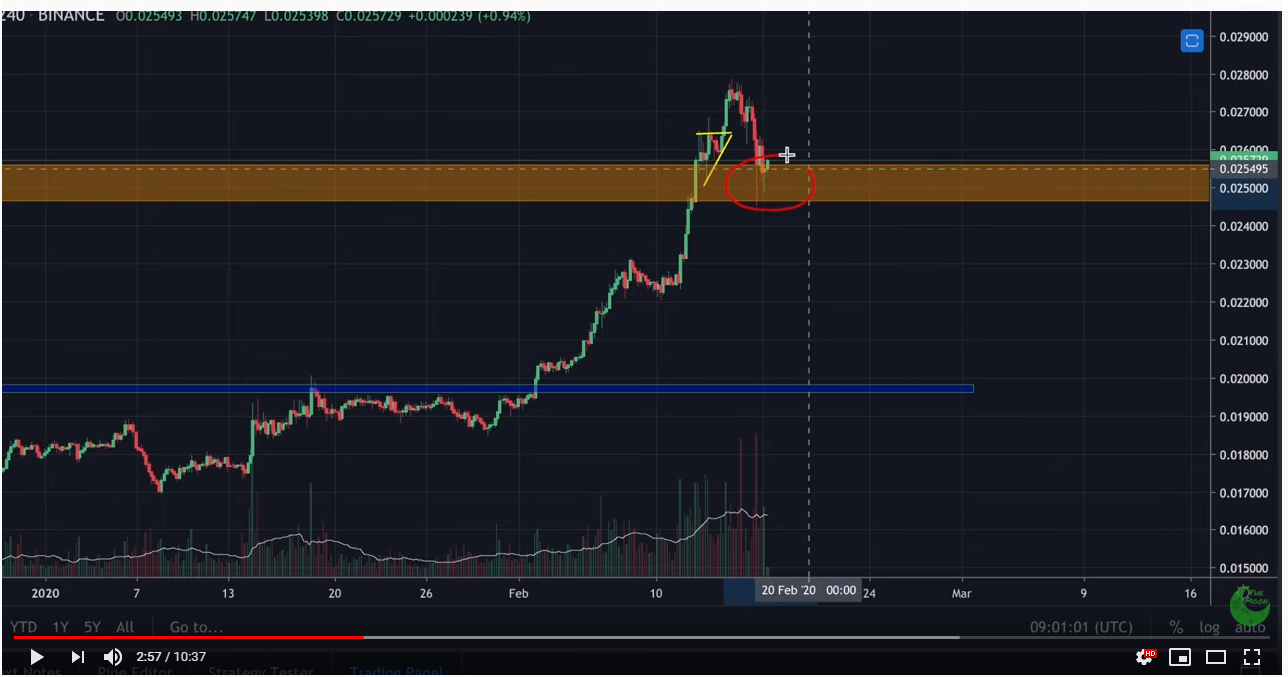 If Ethereum manages to break above the crucial resistance line, then ETH will officially enter a new trading range, the trader says.

Is this the end of the altcoin season?

‘The Moon’ reckons it is hard to say whether altcoins will continue declining or if they are going to reverse and head upwards in the short term.

However, he believes that holding Bitcoin is always less risky than sticking to altcoins. 80 percent of a crypto investor’s portfolio should be Bitcoin, ‘The Moon’ states.

Although, he admits that sometimes altcoins can give an investor 100% or even 200% percent returns within the short term (a few weeks or months). It is very hard to achieve that with Bitcoin. For this reason, ‘The Moon’ admits that it is a good idea to take advantage of an altcoin season, but still rely on BTC in the long term.

Ethereum Price Analysis: ETH/USD on the verge of a deeper decline – FXStreet

Getting Ready for the Altcoin Resurgence – Cointelegraph

It’s almost impossible for Bitcoin to be supplanted...

Altcoin season 2.0: why bitcoin has been outgunned...

Does Correlation Between Bitcoin Price and Altcoins Mean...